Circa 1997, when Larry “Lo-Lo” White was perfecting his fried chicken recipe after hours in the back of his grandma’s restaurant, he had no way of knowing that one day his soul food would be sought after by the likes of Charles Barkley and Muhammad Ali. (Hey, gotta name drop every now and again.)

When the first Lo-Lo’s Chicken & Waffles opened in 2002 (in a pre-social-media-crazed world), its reputation spread the old-fashioned way – organically, by word-of-mouth from raving fans from around the country. Before long, Phoenix, AZ became an unlikely destination for authentic soul food.

When the second location opened, commanding the same cult-like following, complete with daily lines out the door and a full house for Sunday brunch, Lo-Lo’s started to command a different type of attention.

When it feels right, it’s right.

To pick up a few of those names we dropped earlier, over the years, Larry White was approached by more than a few celebrities and professional athletes about the prospect of franchising.

Trouble was, the timing and circumstances never felt right – until now.

Larry may not take himself very seriously, but his award-winning business is a different story. He wasn’t about to franchise his baby until he knew it would be in good hands, and things would be done the only acceptable way – the Lo-Lo’s way.

So what, exactly, is the Lo-Lo’s way? It starts with the kind of hospitality one doesn’t often find outside the family, but then (who are we kidding, let’s just get to the food)! 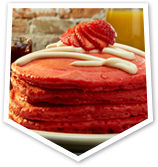 The “Lo-Lo’s way”? Do the simple things better…treat the good people right.